If any of you attended one or more of our Veggie Gardening 101 sessions this season, you’ll remember that one of the subjects we spoke at length about was extending your vegetable gardening season. There are two ways of course to do that. One is to start planting earlier with cold-tolerant crops such as: spinach, lettuce, peas, cabbage, broccoli and Brussels sprouts, just to name a few of the many veggie you can plant.

The other way is to extend your season into the late fall, early winter. There are many veggie crops that can help you do just that. One of my favorites is escarole. This great leafy vegetable (similar in appearance to lettuce) is very versatile and extremely hardy. It is great in soups, sautéed or even in salads! You will see below a picture of a couple of escarole heads I harvested right after our first snow of the season. I just finished picking the remaining escarole in my garden this past Thursday, December 8. Who would think you could harvest veggies almost right up until Christmas! 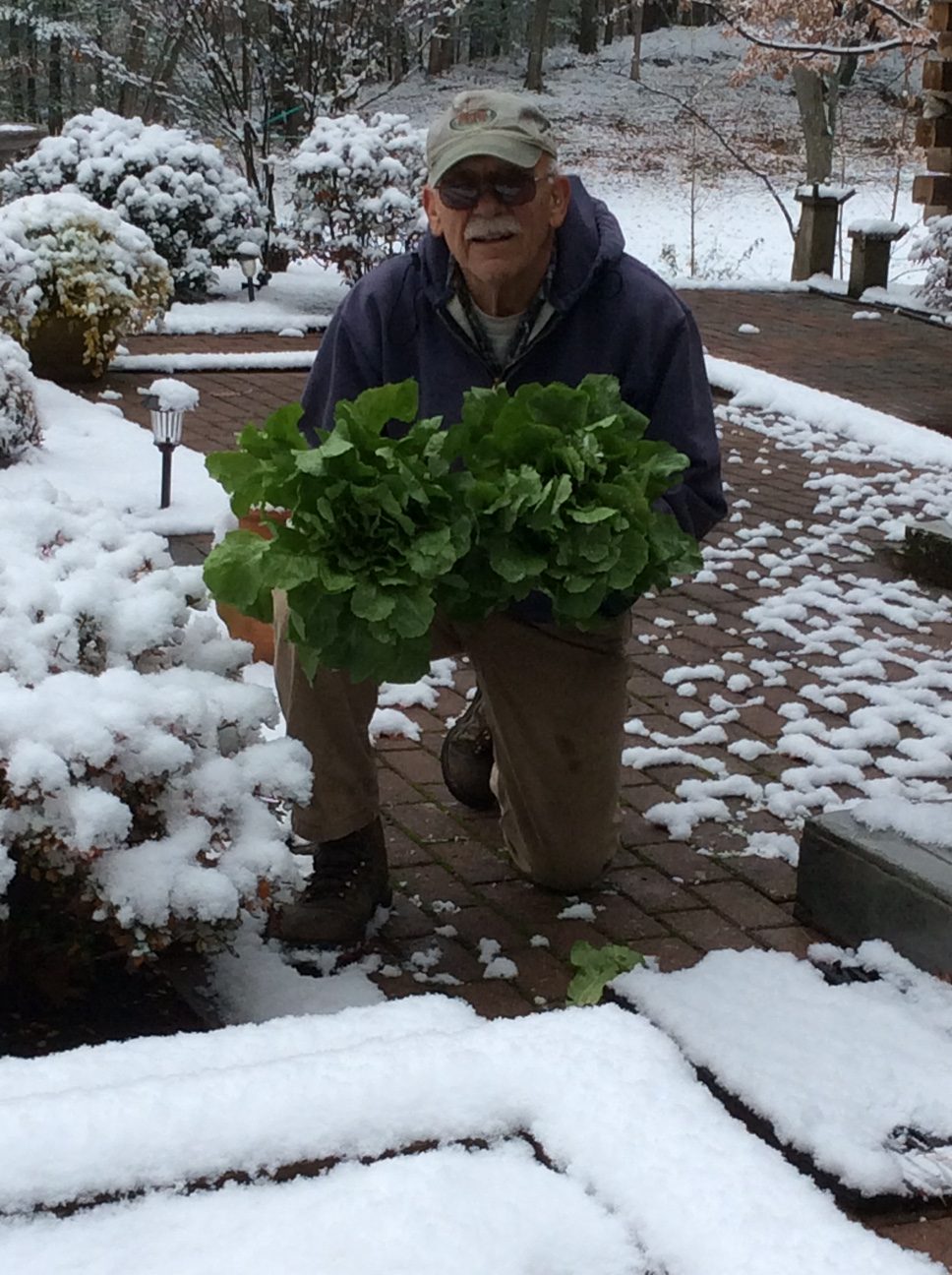 Considering that I start my vegetable plantings by the end of March and pick my last veggies by early December, my growing season actually lasts about 8-9 months out of the year. It should be noted that my veggies are grown in my garden outside, without the aid of a cold frame hoop house. Choosing the right veggie crops makes all the difference

Here at Winterberry, we will be discussing this topic and many others during our upcoming veggie classes during the 2017 season. Hope to see you at one or more of them!

We hope everyone has a great Holiday Season and we will see you soon!