“For pottage and puddings and custards and pies

Our pumpkins and parsnips are common supplies,
We have pumpkins at morning and pumpkins at noon,
If it were not for pumpkins we should be undoon.”

A little history of the Pumpkin… The word pumpkin originates from the Greek word Pepon and believed to have originated in the ancient Americas. Early Native Americans used the pumpkins as a food source, cooking it in many different ways and using the Blossoms in stews. Without pumpkins Native Americans may not have survived through the harsh winters. The dried shells were used as bowls and storage containers. The seeds were used as medicine.

Pumpkins were introduced to the Pilgrims by the Native Americans. It was an important food source for them as well and was served at the second Thanksgiving Celebration.

It wasn’t until the European settlers came to America when they realized that the American Pumpkins were best for carving because of their shape. Earlier, turnips, potatoes, and beets were carved out then a lump of coal was set on fire and placed in the hollowed out vegetable. 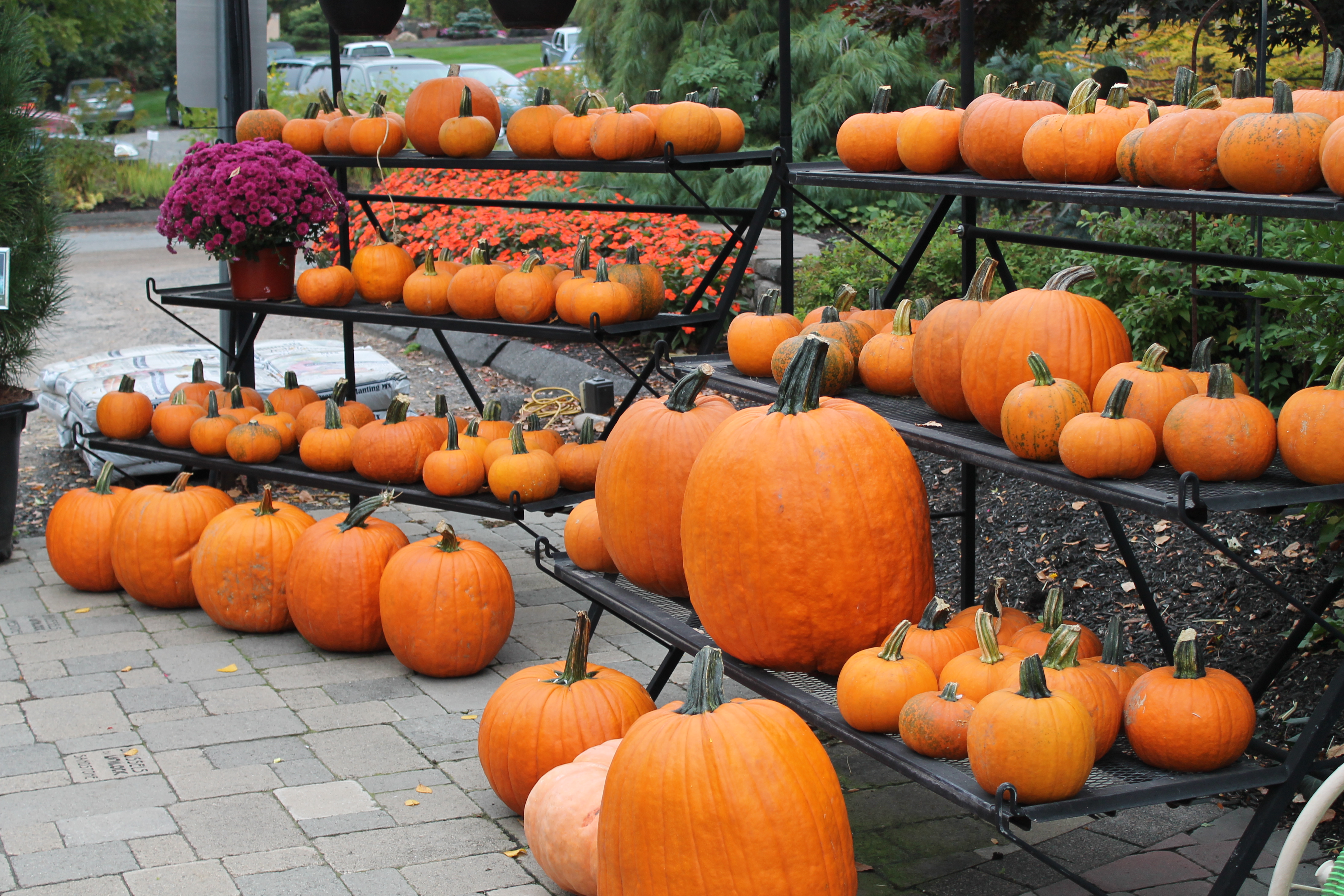 One tale of where the phrase “Jack-o-Lantern” originated was Ireland. The story is told that there was a man named Stingy Jack who was a mean person. He was too mean to go to heaven and played too many tricks on the devil to go to hell. So, when he died he had to roam the earth with a burning coal-lit lantern and he became known as “Jack of the Lantern”. Placing lit carved lanterns by your doors or windows is said to scare away Stingy Jack and other spirits that walk the earth.